← back to
Fuzz Ink· Records
Get fresh music recommendations delivered to your inbox every Friday.

from Half Gramme Of Soma 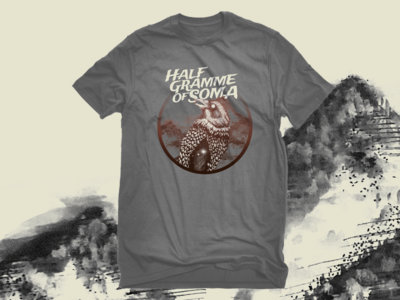 Preorder yours now!
Tees will start shipping on Monday 23rd of April.

ships out within 5 days
5 remaining

More merch from Half Gramme Of Soma

Half Gramme Of Soma Athens, Greece

Half Gramme of Soma is a 5-piece Rock band formed in early 2011, based in Athens, Greece. Since the start of 2015 H.G.o.S. consist of new members from the wider Smoking Community, housed in the 13th floor of an infamous Piraeus’ apartment block. In May 2017, the second full length studio album, and first with the current line - up, Groove is Black, has landed on earth earth to rock our bones. ... more